Sydney West Riders Racing Team competed in its only season in 2017.  The team consisted of professional racers Thomas Bryden and Cambridge Olivier. The pair raced on their Yamaha YZF-R6s at the Australian Superbike Championships (ASBK) in the Supersport class.

In previous seasons, both would spend most of their career incomes to pursue the dream of ultimately racing at the World Superbike Championship, MotoGP or in Europe. Their sheer passion and talent demonstrated their potential, determination and commitment to the motorsport. Given the lack of financial support and commitment, we were only able to assist the riders for one season. It was a rewarding opportunity and we learnt a tonne during the process! We hope in the near future we can connect with like  minded partners to  have a well rounded team and make a comeback!

For now, we wish Thomas and Cambridge all the best for the seasons ahead as they continue to pursue their goals independently.

Our vision for the racing component of our community was as follow: 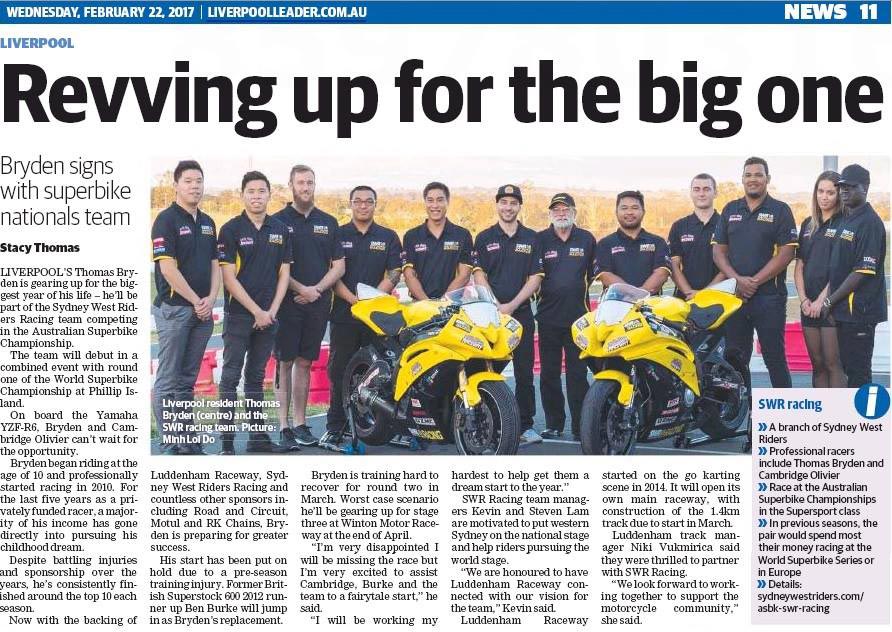