“I have always wanted to take motorcycle racing in Nepal to an international level and for that to happen on a bigger scale, aspiring riders need a good base. I see myself mentoring young riders to make sure they learn in a professional and technical background that I, myself, had to go a long way to receive." 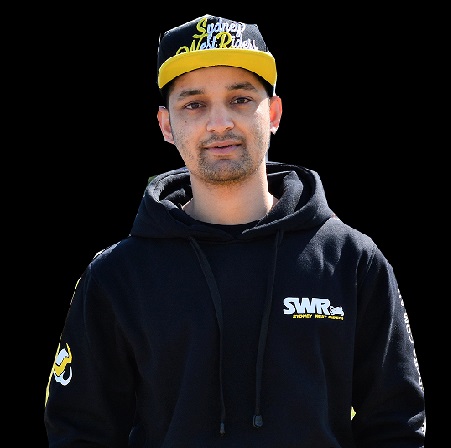 Bikram Thapa is Nepal’s first professional rider in professional racing. it was quite a journey for Bikram as although motorbikes is the most popular transportation in Nepal, a Nepalese rider excelling in professional motorcycle racing was never heard of in Nepal. Given this, Bikram was acknowledged as the “Master of two wheels” by Nepalitimes in 2014.

Like many racers, Bikram’s first taste of motorsport came from going on car drives and motorcycle rides with his father when he was a child. All of Bikram’s family members were inerested in motorcycles which shaped his inspiration to become a rider.

Bikram’s interest in becoming a top motorcycle racer in Nepal wasn’t only prompted by his interest in the sport but due to that the fact since Nepal is unheard of in the global arena, Bikram was determined to give it a shot to be the first. With this burning desire, Bikram went from becoming runner up for Racemandu II in 2014 to becoming the first Nepali rider to ever win a racing series outside Nepal, the 2018 TK Rental Bike Series Champion in Japan.

Each day Bikram looks forward to learning and excelling as much as he can so that he is always better than yesterday. Below is Bikram’s advice for fellow Nepali riders to get into racing.