“After semi retiring from racing, my goal is to have fun with my friends on track, constantly improve my skill set and to always make my best race possible, no matter the results." 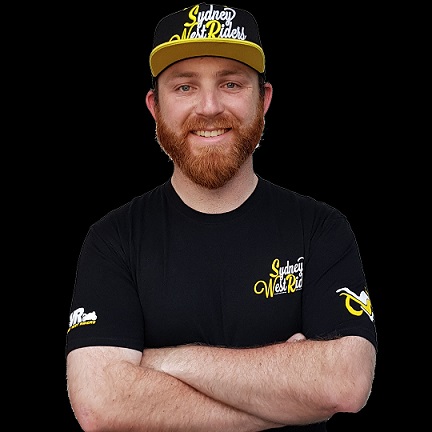 Brian Bolster is 28 years of age who resides in Sydney South West.  He is currently does Rail Traction full time.

Brain’s DNA had motorcycles within him before he was born as his Irish parents met through motorcycling. His motorcycling journey began when he was 17 back in high school. Given his interest for motorbikes, he was able to get his full bike license before he event got Red Ps for his car.

Brian was prompted to take up first track day after losing a friend in a tragic road accident in 2014. After 15 track days, his natural quick pace along with being hooked by the adrenaline rush that can be utilize in safe track environment, Brian was encouraged to enter his first race in the “Race Your Mates” class at Wakefield Park as part of the FXRRC series.

Since 2015 to date, Brian has went on to win multiple national and state titles. His absolute favorite bike is the venerable Suzuki SV650 and memorable moment was racing against his idol Troy Bayliss in the 2019 Sydney 5 Hour Endurance race.