“My ultimate goal is to be the on of the best rider in my country. Also I would love to compete abroad." 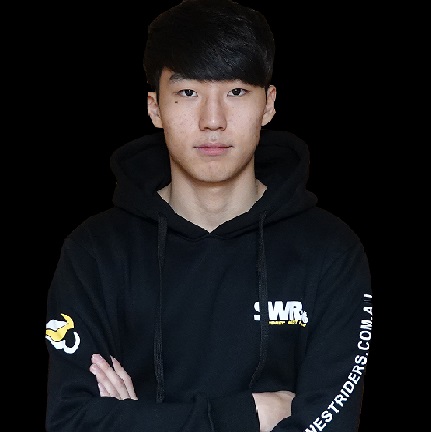 Jeongsoo Kim is one of Sydney West Riders first international and youngest ambassadors aged 23 from South Korea.
My official debut was in 2018. I know I have started late compared to other countries. However, I had great passion inside me and started to race and practice. Also, I am trying to create more larger rider community & culture in South Korea.

Jeongsoo started riding at a late in his teens. He became inspired when he had the opportunity to watch one of South Korea’s top racers, Song Kyu Han from SRS Team race at the highest level in South Korea. It was that moment in 2016 that Jeongsoo was determined to train so that he could one day race beside Song Kyu Han. This became a reality when Jeongsoo made his debut in 2018.

Jeongsoo is now one of top riders in KRRC (Korea Road Racing Championship) competing in the supersport 300 class and similar to Sydney West Riders, has the vision to create a large riding community & culture in South Korea.

Jeongsoo’s ultimate advice for those who keen to start racing is “find the team who can teach you how to ride as street and tracks can be different in many ways. Also you need to be humble, around the world as there is a lot people and racers who are very fast. There is no end in learning.”