Our partners and projects 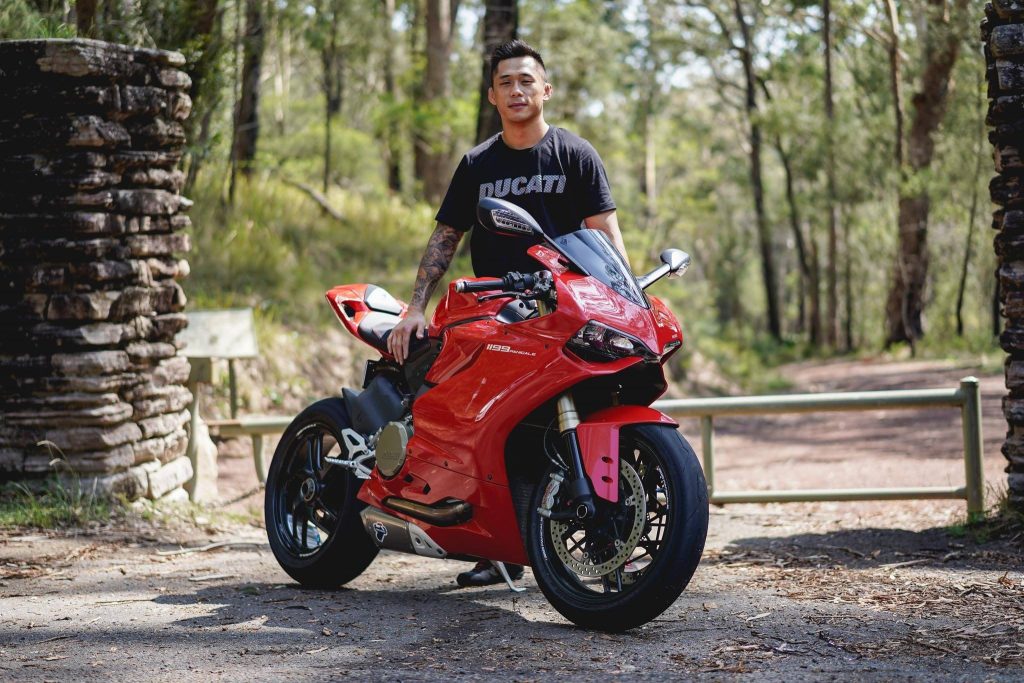 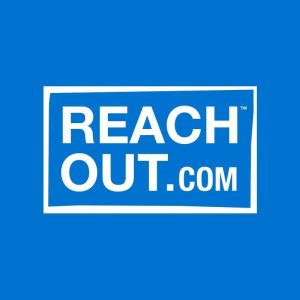 After a couple of delays, in February we deliver our annual Start of Year Ride to support our 6th youth organisation, Reachout Australia. The ride was participated by over 70 motorcyclists around Sydney. We embarked through Springwood and Bilpin where we witnessed the aftermath of the horrific bushfire that occurred recently. Together with the assistance of Snowfoam Australia, MotoHub Castle Hill, Global Re Liverpool, Luddenham Raceway, Valentino Expressor Bar, MCA, OZMC Leathers, LNS Mechanic and Macchina Liverpool, we raised $4129. The funds help Reachout Australia’s online program which is forum for youth to have access to range services. 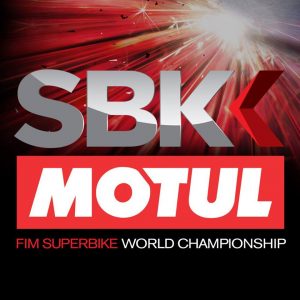 Tom Toparis joined Sydney West Riders February Ride Day in preparation for his World Supersport season debut in Europe.Tom is a 19 year old road racer from Goulburn, Australia. In 2019 Tom dominated the Australia Supersport Championship, winning the series with a record 401 from a possible 407 points. During in the 2019 season and past years, he also raced in Europe in the IDM – International German Motorbike Championship with Benro Racing and made wildcard appearance in Moto 3 and World Supersport.

Earlier this year we facilitated a photoshoot for Martin Nguyen on behalf of Ducati and One Championship.The shots involved taking scenic shots at Royal National Park and the iconic Seacliff Bridge. Martin isn’t only a fellow rider within the Sydney West Riders community, an ambassador for Ducati but the current featherweight champion fighting in One Championship (ONE). ONE is Asia’s largest global sports media property in history with a global broadcast reach of 2.7 billion potential viewers across 150+ countries. ONE is a celebration of Asia’s greatest cultural treasure, and its deep-rooted Asian values of integrity, humility, honor, respect, courage, discipline, and compassion. 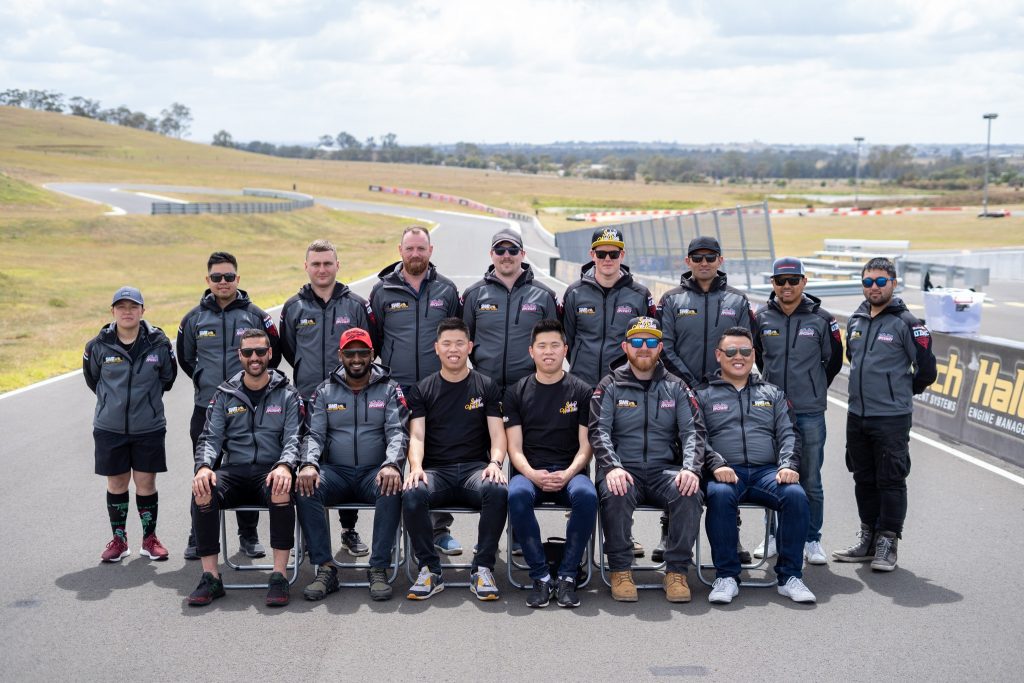 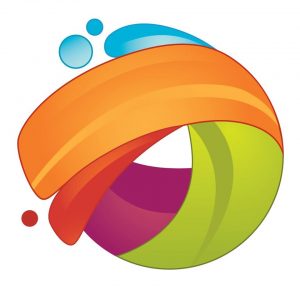 On January 20 2019, we our annual Start of Year Ride to support our 5th youth organisation, Fusion Western Sydney. The ride was participated by over 120 motorcyclists around Sydney. We made our way through Royal National Park, Macquarie Pass and finished at Kangaroo Valley. Together with the assistance of Snowfoam Australia, MotoHub Castle Hill, Global Re Liverpool, Luddenham Raceway, Valentino Expressor Bar, Plus Fitness Cabramatta, OZMC Leathers, LNS Mechanic and OB Seafoods, we raised $2750. The funds help Fusion Western Sydney ongoing programs for youth at risk.

We hosted our 2nd “Meet, Greet and Eat” at Valentino’s Espresso Bar in Camden who have been serving Italian cusine since 2012.   Thanks to Maurizio, Andrea and the rest of the Montagense family for hosting us. 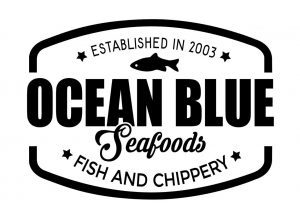 Similar ro last year, our 1st “Meet, Greet & Eat” Event for 2019 was at Ocean Blue Seafood, a Fish & Chip Shop located in Condell Park. The eatery was established in 2003 but as of early this year, it underwent new management with riders Sammuel Tran and Michael Tang.

We successfully hosted monthly Ride Days throughout 2019 where a majority of the events were sold out. This included hosting fellow motorcycle riding groups such as Sydney Social Riders and Girls Torque. 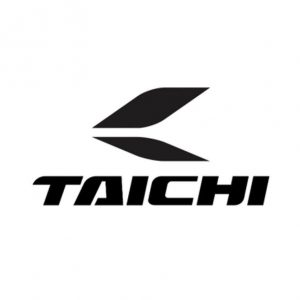 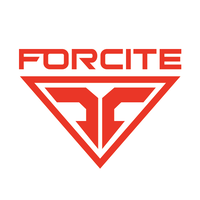 In late July 2019, Sydney West Riders assisted Forcite, a smart helmet, with the launch of their Australian tour. It was a 2 day event that attracted over 1000 riders across Australia. Riders had the opportunity to test out the helmets along with making pre-orders. Forcite successfuly secure over 700 pre orders across that weekend through sales on the day and online. 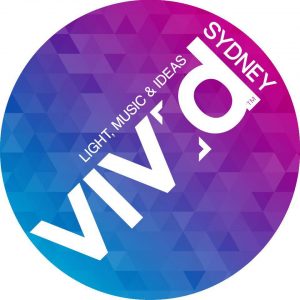 In May 2019, Sydney West Riders hosted a short ride from Cabramatta to Luna Park to celebrate the Vivid lights festival. The warm night attracted up to 200 riders across Sydney.

On 25th of August 2019, the exact date as 2018, we hosted Dyno Day at LNS Mechanic in Wetherill Park. The event attracted up to 100 people across 5 hours with 50 riders registering their bike on the Dyno. 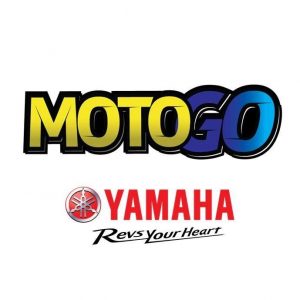 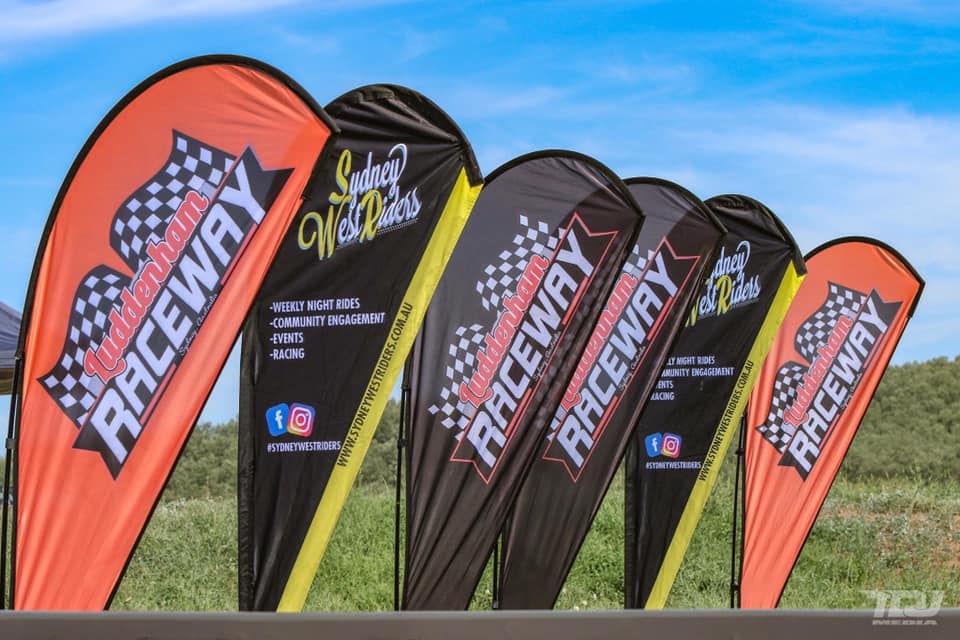 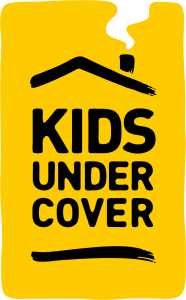 In January, we conducted our annual Start of Year Ride to support another youth organisation, Kids Under Cover. The ride consisted of over 90 motorcyclists around Sydney. We ventured in the boiling heat to Lithgow via Springwood.

Together with the assistance of Snowfoam Australia, we raised $1,600. The funds will help tackle youth homelessness across Australia.

Our 1st “Meet, Greet & Eat” Event for 2018 at Ocean Blue Seafood, a Fish & Chip Shop located in Condell Park. The eatery was established in 2003 but as of early this year, it underwent new management with riders Sammuel Tran and Gavin Kim.

Our 2nd “Meet, Greet & Eat” Event for 2018 was at Rosetti’s Cafe, a Italian restaurant located in Wetherill Park. The eatery has operating since 2000!

We hosted our 3rd “Meet, Greet and Eat” at Valentino’s Espresso Bar in Camden who have been serving Italian cusine since 2012.   Thanks to Maurizio, Andrea and the rest of the Montagense family for hosting us.

On Saturday 25th of August 2018, we hosted our long anticipated Dyno Day at LNS Mechanic in Wetherill Park. The event attracted up to 100 people across 5 hours with 43 riders registering their bike on the Dyno.

The best performing result was Michael Grackoski on his 2009 Suzuki Hayabusa which ran 165.5 (Mainline Dyno Reading which could’ve been around 190hp on the Dyno Jet Reading).

Sydney West Riders produced a short trailer to promote Luddenham Raceway. This was done in collaboration with SM14, one of Australia’s largest supermoto communities along with NSW top racers Guiseppe Scarcella and Brian Bolster. Click here to see the final product. 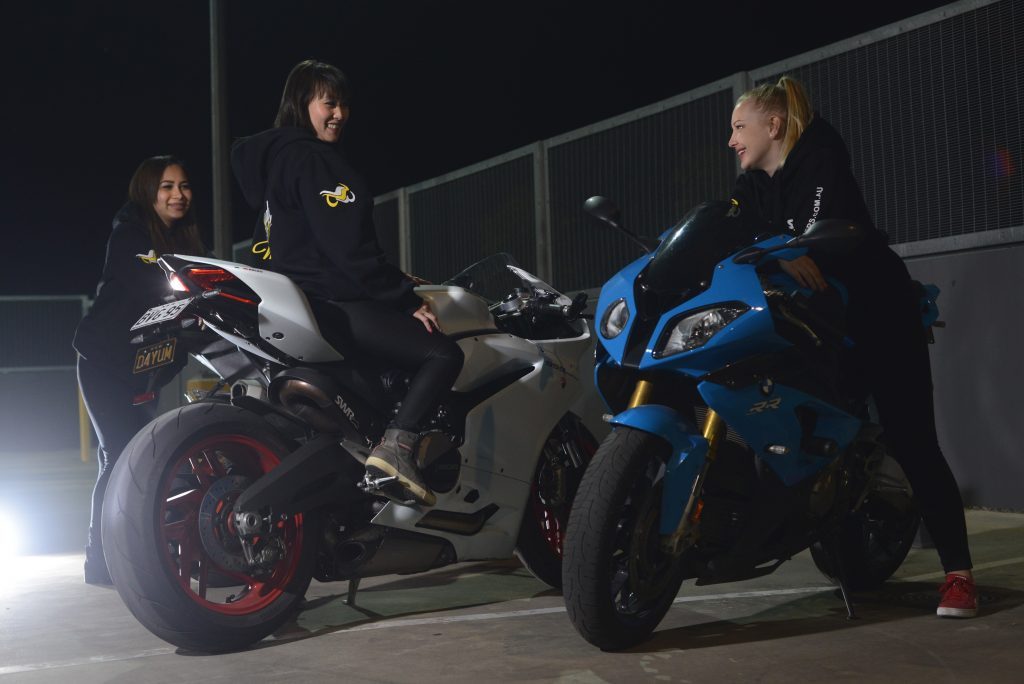 In June, we conducted our annual Vivid Lights ride through the city. The ride consisted of over 170 motorcyclists around Sydney. To make it extra special, we had special guests David Wooyoung and Damien Llewelyn from MV Agusta Parramatta lend us the beautiful European machines to lead the ride, 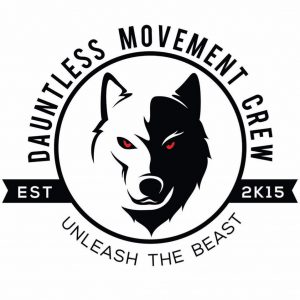 To mark the launch of our new batch of hoodies, we partnered with Australia’s leading stunt performers, Dauntless Movement Crew. The night led by Joseph Carbone literally lit the film up with fire breathing and tricking. 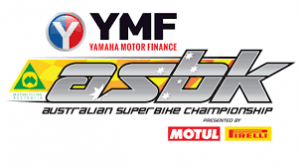 Our biggest project to date is the launch of Sydney West Riders Racing in February 2017. We had professional riders, Cambridge Olivier and Thomas Bryden representing our community at the highest level of competitive racing, Australian Superbike Championship.

On September 13 2017, we had the honours of handing certificates to selected Bonnyrigg High School students graduating from the Inspire180 project. The Inspire 180 project is a 9-week program designed to equip the students with valuable life tools. We had the privilege of presenting on the topic “Dreaming Big” in Week 6.

Start of Year Ride for Inspire180

We begun 2017 with a “Start of Year Ride”. Every year we ride to raise awareness for a youth non-for-profit organisation.  In collaboration with Christians Ambassadors Motorcycle Club and public figure, Tony Hoang, we fund raised to launch Inspire180. We raised a total of $2006.69, thanks to Tony Naaman from VIP Transport who made the largest donation. 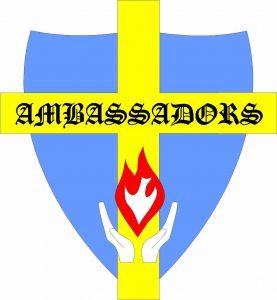 Ambassadors MC collaborated with us to help with the Inspire 180 launch. The club have been in existence for over 20 years. Despite being from a different discipline of bikes, both of our groups shared the same ambitions. The group is led by Stu Woods and Phillip Palmer 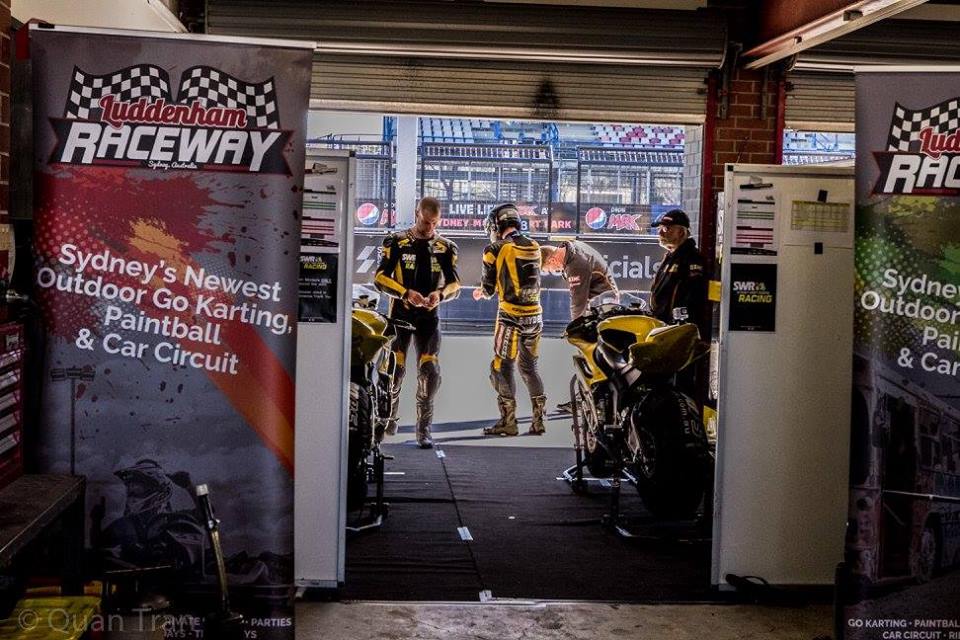 In late December 2016, the Fairfield SES Unit invited us to attend a special community event for Levi Douglas. Levi is diagnosed with brain cancer and one of the items on his Christmas wish list is to see bikes. We gathered 15 riders and our racer Thomas to make it a memorable day! 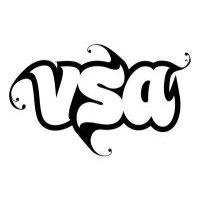 In late November 2016, co-Founder Steven Lam was invited by Vietnamese Student Association (VSA) to talk at “VSAxTalks” event. The event in the form of a youth conference was designed to empower, inspire and motivate the local Vietnamese youth community. Steven shared his challenges, breakthroughs and key lessons ina 15min presentation.

The line up of speakers also included Maria Tran (actress), Thy Ha (Make a Difference Foundation), Duy Nguyen (The Lisa Foundation) and Tony Hoang (Inspire180). The event wouldn’t be possible without the efforts of 2016 VSA secretary, Bao Nguyen.

It was around August when the “Mannequin Challenge” was trending all over social media. We teamed up with Australia’s leading stunt crew again to produce an innovative edit of the Mannequin Challenge. The shooting took place on top of Warwick Farm Station car park which involved up to 30 people. It is always a great feeling when we collaborate to make something extraordinary.

On the 15th of October 2016, We hosted a Dyno and BBQ event with Doin Bikes and MAS Motorcycles. Up to 35 members from the SWR community did a dyno run.

The mappings were led by Trevor Rodgers who has worked with and won championships with numerous major race teams including Factory Yamaha and Cougar Honda as well as many privateer teams and riders that have gone on to ride in WSBK, Moto GP and British Superbike. This wouldn’t have been possible without our team member Minh Loi Do organising the event. 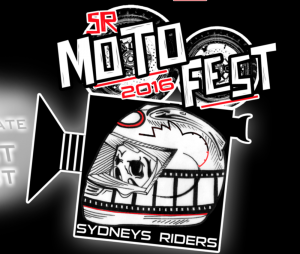 The storyline of the film was about few groups hunting “The Bag”. Unfortunately being one of our first proper film projects, the planning, lighting and filming did not go as planned (we pretty much did it all one night) and therefore the final display did not display its full potential! Nevertheless, we did come 2nd in that division.

Our great friends from Luddenham Raceway extended their trading hours to cater our “Go Kart Meet & Eat” event. In collaboration with Sydney Food Runners, we had a total of up to 80 riders swapping their 2 wheels some for 4 wheels action.

Thanks to Simo and the Vukimirica family for being ongoing supporters of what our group gets up to!

Besides having a passion for motorcycles, co-founder Kevin Lam’s life objective is to make a difference to his local neighbourhood and inspire youths in the process. Given this, it prompted him to run for the local Fairfield Council elections in 2016.

Kevin mixed up a range of innovative campaign strategies which involved riding through the city centres during peak hour with 50 bright orange SWR riders. Despite missing out on the 4th seat, Kevin is forever grateful for the efforts by his peers.

Start of Year Ride for WhiteLion 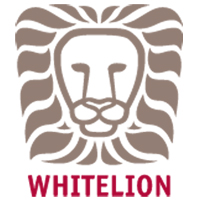 On Saturday 16th of January 2016, we did a “Start of Year Ride” for WhiteLion. The reason we had chosen WhiteLion as our organisination of choice, is we believe that many of the common issues confronted by adults today (e.g. domestic violence, violence against women, depression, homelessness and crime) derive from ones early living experiences and conditions as a  youth.

Whitelion infiltrates this by supporting youths through mentoring programs, employment opportunities and workshops to alter the paths that disadvantaged youths endure so that they live a better adulthood. The group embarked to Royal National Park and Macquarie Pass where up to $1000 was raised.

A message from Adam Gibson (Business Development Manager of WhiteLion) quotes that “Whitelion NSW is really excited that a youth led motorcycle riding group is supporting our programs – we look forward to working together to help make a difference in young people’s lives.” 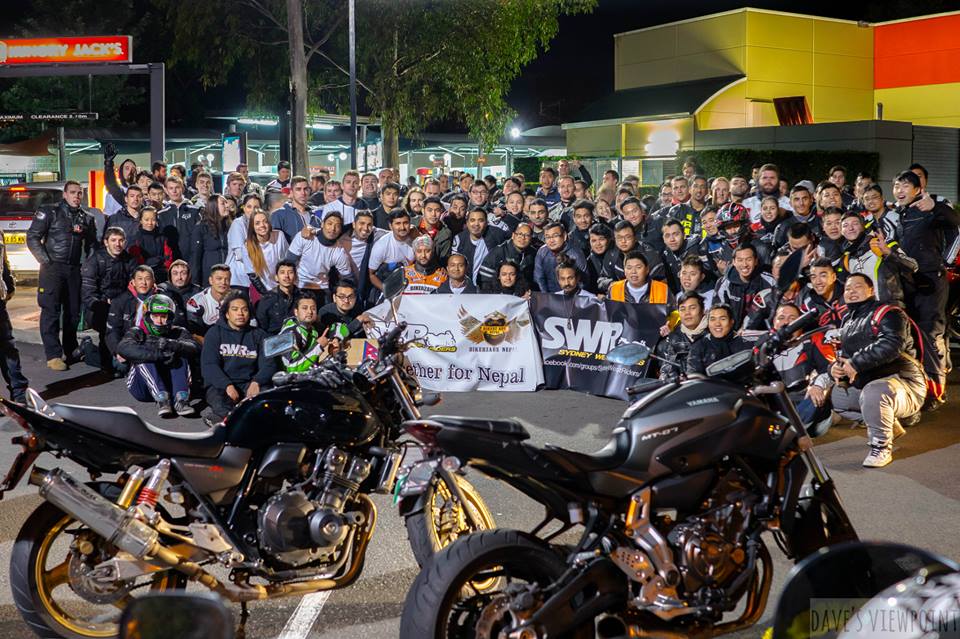 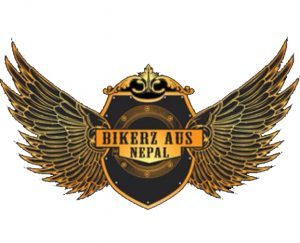 On April 25 2015 when Australia were paying respect to fallen warriors on Anzac Day,  Nepal were confronted by an earthquake which killed 8,000 people and injuring more than 18,000 people. The disaster had left hundreds of thousands of people homeless.

Together in partnership with  BikersAus Nepal led by Ateet Shrestha, we will help fundraise on our annual Vivid Lights Ride to assist those in need in Nepal. It was our biggest ever ride attracting over 180 rides. The night was more than a ride, but a unity of riders from diverse background joining as one for Nepal.

End of Year Ride for Youths Off The Street

After a couple of years of  organising “End of Year Rides”, it was at the end of 2014 when we decided to ride for a cause opposed to just a ride. Given the abundances of youth in Sydney West Riders, we we were inclined to support Youth Off The Streets.

Start of Year Ride for WhiteLion