“The ultimate goal is probably the reason why I race itself, which is to have fun. In saying that, I do have some goals and many dreams. For the 2020 season I wanted to be competitive in the 600 class across several championships, the NSW state Champs, the VIC state Champs and hopefully, before I turn 40, be quick enough to start entering ASBK Supersport rounds. My biggest dream is to be able one day to have my own team or race related business and spend time riding with my kids." 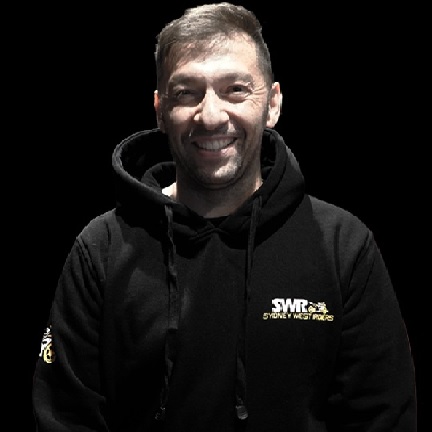 Simone Boldrini is 39 years of age, migrated to Sydney from Italy around 13 years ago.  He is father of two amazing kids Diego and Valentina (yes named after the GOAT himself) and is a project manager in signage which gives him the ability to always make sure his bike always looks “Schmick”.

At a young age of 9-10 years old, Simone earliest memory is racing against his mates and siblings on the streets of Italy. It was during this time where his passion for motorcycling emerged as Simone also recalls waking up early on Sunday mornings to watch MotoGP legends Kevin Schwantz and Wayne Rainey battle on the GP500s.

Simone had always been inspired to one day race when watching MotoGP but it finally came to life when Simone was lucky to meet some wonderful people when he moved to Sydney. There are handful of people who’d supported him from day 1 that he is forever grateful. As a result, Simone was able to get his first race bike, the Honda CBR600 and hasn’t look back since.

Simone’s recent achievement include qualifying 2nd at the 2019 St George Round in the Clubsport category at Sydney Motorsport Park. In this particular round, he finished in the podium several times. Simone’s advice for those who are on the fence about racing is to “Don’t hold back! Get out there and start riding on track. There’s a ton of options to suit all skill levels both in racing and recreational track days. The riders’ community is wonderful and really buzzing with passion and knowledge.”